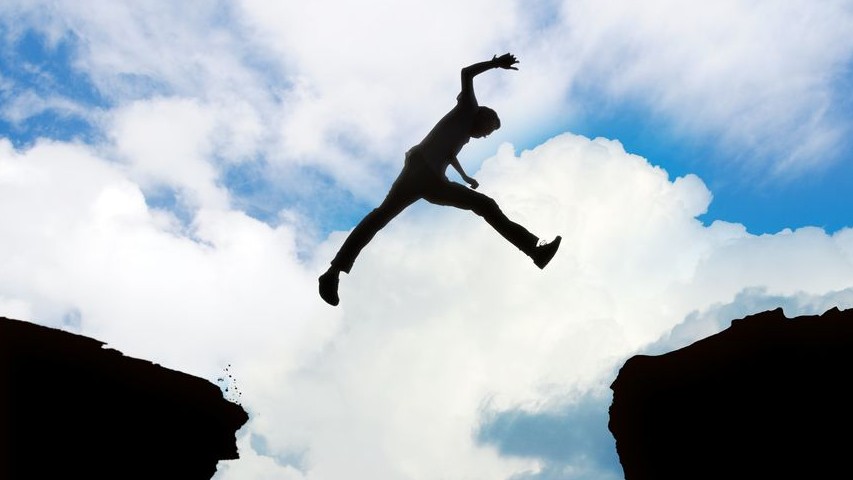 Here’s the deal: if you resolve yourself to live a courageous life, by making courage the foundational virtue of your life, all of the other virtues – like compassion, justice, patience, and honor – are strengthened and emboldened. Courage is the First Virtue because it makes all the other virtues possible. Aristotle said that. And many others have echoed that idea throughout the ages, from Winston Churchill to Martin Luther King.

Let’s be clear from the get-go, courage is NOT fearlessness. Think about those times when you put your courage in action. Wasn’t your pulse thumping, your palms sweating, and your stomach teeming with rioting butterflies? That’s not fearlessness. It’s the opposite. When you exercised your courage you were full of fear. Courage is not fearlessness, it is fearfulness. But, and this is key, rather than running away from fear, courage carries on in spite of it.

While courage may be the first virtue, it is also one of those human qualities that we admire when we see it, partly because of its rarity. We admire it in others because its presence in them heightens the awareness of the lack of it in ourselves. The courage they have is the courage we’d like to have. Rarely do we describe ourselves as being courageous, mostly because we are keenly aware of the big gap between the courage we have exhibited and the courage we’d like to exhibit. Most of use want, and need, more courage.

Which brings us to the purpose of this blog; to build people’s courage; collectively, individually, and thoughtfully. Think of it as a Courage Laboratory where we can come together and share ideas about how to build each other’s courage. Let’s face it, this world can be a terrifying place. The news media seems hell-bent on reminding us of that every day. In such a world it is important to put courage inside of each other – to encourage one another. Going forward, the First Virtue will be a repository of encouragement; offering tips and ideas for living and working courageously.

To make this work, we need to hear from you! Please share your stories with us. What role has courage played in your life or career? What examples can you share about when you wish you had acted with greater courage? Who do you admire for their courage? What tips can you share to help build people’s courage? Send us your thoughts!