What are You Looking At? 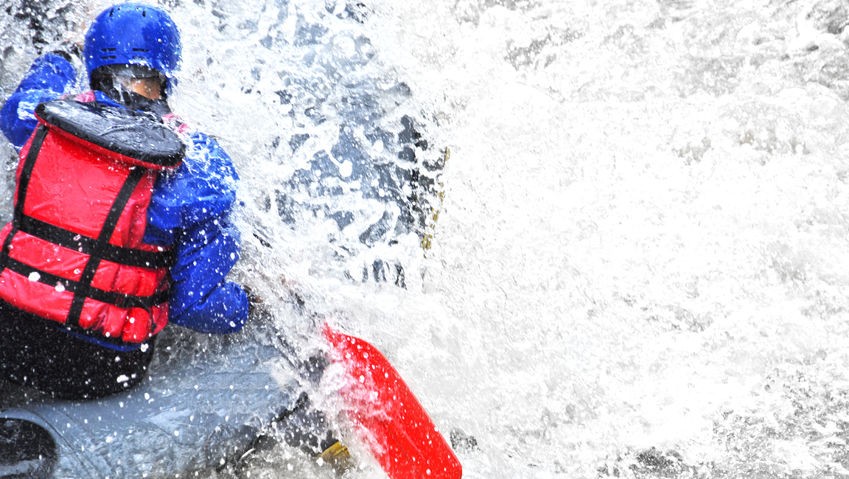 “Get this straight; I don’t want you to even think about going near that rock.”

These words, a final bit of coaching advice, were said to me just as I got ready to paddle over Nanny Falls, the culminating rapid on the Nantahala River. It takes a few excursions before a beginner kayaker can graduate to Nanny Falls, and I had managed to flounder my way down a few other rivers. But this experience was bigger and splashier. It was also more dangerous, as Gabe, the most experience kayaker paddling with our group, incessantly let us know.

Funny how one’s nerves can distort one’s thinking. Gabe’s words reverberated in my head as if he had just banged them on a steel drum. What he wanted me to do was focus on paddling into the patch of water in the alcove just beyond the rock. Kayakers call such safe-zones “eddies,” because they reside outside of the rapids. The rock that Gabe was warning me against was a house-sized slab of granite with the bottom edge hung over the river, creating what’s known as an “undercut” – a dangerous hole that can trap a kayaker, recirculating them over and over under the water. Getting pinned in an undercut is one of the most common causes of kayaker death.

As I paddled toward Nanny Falls, all I could think about was what Gabe told me not to think about…that rock. That damned forsaken rock. That gigantic fossilized piece of kayaker-ingesting…

“Holy crap!” I thought to myself, “I’m trapped upside down under that boulderous bastard!” And I was! By over-warning me about the rock, Gabe had helped me narrow my thinking until all I could think about was the stupid rock. Instead of focusing on what I needed to do, I was focusing on what I needed not to do. That anti-goal thinking had helped me get pinned under a granite behemoth.

Somehow I managed to dislodge myself from my boat, grip the bottom edge of the rock with one hand, and pull myself out of the liquid vortex. I had escaped, but narrowly.

When faced with, or witnessing, other situations that required healthy doses of courage, I’ve often thought back to this early kayaking experience. I’ve come to believe that when it comes to the advice of coaches and friends, it is more common for people to tell you what not to do, than to do. Their motives are in the right place, but their approach isn’t. In order to keep you safe, they over-warn you about the dangers. In small measure, this makes sense, but when heightening your awareness of the dangers becomes the overriding focus of their advice, it becomes the equivalent of telling you, “Whatever you do, do not think about the color blue!”

When it comes to putting courage inside of others, the literal definition of encouragement, a better approach, is to spend more time on specifying what a person should do, not what they should avoid. Driving a car works much better when you’re watching where you’re going, than when you’re looking at all the things you should avoid.

Relative to your goals and challenges, the important question becomes, What are you looking at? Are you focusing on where you want to go? Or are you leering at all those things that could trip you up?

Your courage will help you go in whichever direction you are most mentally committed to – your goal or your dangers.