In Defense Of Billionaires 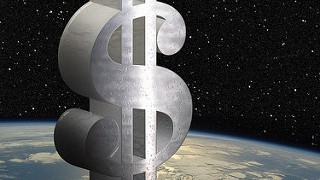 Each year my company, Giant Leap Consulting, takes on a few pro bono projects, most often for worthy non-profit organizations that are serving the needs of those less fortunate than most of us.

Recently Giant Leap started working with an organization that serves the “working poor,” by providing free daycare so the parents can work full-time. The organization, which was founded by Catholic nuns, runs two sizable daycare centers, collectively serving about 600 children each day.

In cities throughout the country, there are charitable organizations serving the needs of the poor, elderly, disabled, homeless, and otherwise disenfranchised. And nearly all of them benefit from the charitable giving of wealthy people. Rich people, contrary to the contemporary notion, do indeed help poor people. Many do so with both humility and anonymity.

The reason Giant Leap is working with the daycare centers is because we were introduced to the organization though one of our multi-billion dollar clients. The founder of the company, himself a billionaire, has had a longstanding relationship with the daycare centers, including serving on its board. As a kid, he attended a parochial school run by nuns, giving him a deep appreciation for the importance of “giving back”.

In addition to making sizable financial contributions and serving on the board, he has also involved other members of his company to get involved, some of whom are also on the board now too.

It is popular these days to indict rich people just for being rich. Wealthism in this country is as real and prevalent as racism. The wealthy make easy targets, because they are “different” than “us.” They live in different houses, dress in different clothes, drive different cars, and attend different schools. “They” have what “we” don’t and, we often assume, they must have acquired it through hand-me-down inheritance or in more nefarious and sinister ways. The rich, we seem to think, are inherently “bad.”

Having seen the good that so many rich people do, I think differently.

In addition to supporting the two daycare centers, and a host of other charities, my billionaire client also employs thousands of people. The jobs his company provides allows workers to put their kids through college, pay their mortgages, and provide for a decent life.

A few years ago I attended the company picnic of another client, this one a $300 million dollar electric company. As the owner of the company and I stood watching families enjoy the carnival-like atmosphere, I asked him what it felt like to see the company community which he had helped build. He answered, “I’ll tell you Bill, it is days like this that make it all worthwhile for me. I feel a tremendous sense of responsibility to these people. They afford me with a great life, and it’s my job to do the same for them in return.”

Like all Americans I get outraged when I see oversized payouts to ousted CEOs of money-losing corporations. Like many Americans I am also fed up with a political system that works in the best interests of the fewest people – namely corporate lobbyists. Like most Americans, I think our political system needs a dramatic overhaul, especially in the area of campaign finance. But as an American, I also believe in equality, striving toward economic achievement, and entrepreneurial spirit. Meritocracy is essential to a healthy democracy.

Blaming rich people for being rich, or questioning their goodness, won’t make the blamer any richer or full of more goodness: “ism” is ism, whatever form it takes, and it is usually counterproductive.