Leaders Are All Around Us 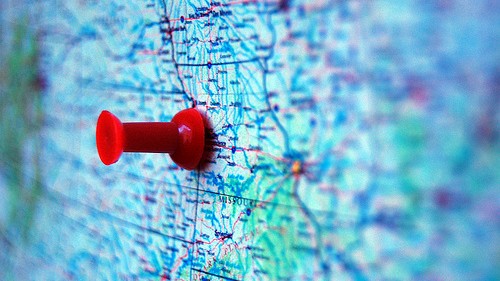 Some of our blog posts stir up more reactions than others. In this post, first posted on the Human Capital Institute’s website, Giant Leap founder Bill Treasurer argues that leadership isn’t about fame, nor is it reserved for a select few. Leadership, Bill argues, is local.

The original and unedited version of the blog was more forceful than what ended up on the HCI website. HCI published the post under the title, “He’s Great, but Enough About Steve Jobs Already.”

Bill’s original title was “Leader Tip: Shut Up About Steve Jobs Already”. What follows is the original unedited article along with the enthusiastic reaction the post garnered from internationally recognized leadership expert, Jim Kouzes, co-author of The Leadership Challenge..

It happened again yesterday. A friend and I were talking about leadership over lunch when he commented, “What the world needs is more people like Steve Jobs.” I almost gagged up my soup.

It’s a shame that when you ask people to name leaders whom they most admire, they pick people who they have never met and whose lives aren’t even remotely like their own. The answers are often limited to ϋber successful business people, one-of-a-kind innovators, or transformational world-changers.

If the only examples of “true” leaders you can provide are famous people everyone else already knows you about, you either lack imagination or leadership experience. Not to burst anyone’s bubble, but you’re not Mark Zuckerberg, Sergey Brin, or Sheryl Sandberg. Your also not Gandhi, Martin Luther King, or Jesus (who often is picked as an example of servant leadership).

Leadership is an aspirational concept. Aspiring to live into the ideals and example set by others can help strengthen one’s leadership abilities. Having leaders to look up to is a good thing. But fame does not equate with leadership. Fame is fleeting. The famous leader you look up to today may be the leader you look down on when their fame goes away. Al Dunlap, Ivan Boesky, and Jeffrey Skilling were all admired business gods before they were sent to jail for all-to-human failings.

There are two problems with focusing our attention on famous leaders. First, the exceptional circumstances of the famous leader are so unique to that person that it’s unlikely that the lessons can be replicated. Second, if your only references for admirable leaders are those on the world-stage, you’ll miss the leaders in your own families, neighborhoods, and local community. Examples of good leaders are everywhere. You just have to stop looking on the world stage to find them.

When you make your leadership radar more sensitive to local leadership, you can’t help but notice all the leaders around you. Here are a few examples from my hometown, but they just as easily have come from yours.

If you aim to be a better and more influential leader, start looking for similar examples in your own community. For one, you might actually be able to spend time with the local leader. They are much more accessible than world-famous leaders. So do yourself a favor, identify the leaders who are making a difference in your community. Seek them out. Learn from their examples. Be more like them. And shut up about Steve Jobs already

“Thank you, thank you, thank you, for this perspective. Leadership isn’t a private reserve of a few charismatic men and women. It’s a set of skills and abilities, that, as you point out so well, are learnable and doable by far more people than common leadership mythology presumes. And, to your point about role models, in our research Barry Posner and I have found that the #1 leader role model for 46% of people over 30 is a family member. In second place with 23% is a business leader (most commonly an immediate manager), and for 14% it’s a teacher of coach. For those under 30, the first spot also goes to family members (40%) second are teachers and coaches (26%) and third are community leaders (11%). For young people business leaders only show up for 7% of respondents. No matter how you slice this data, young and old alike find that their most influential leader role models are not famous people from the world of business, politics, sports, or entertainment. They are people in their homes, schools, organizations they work in, or in their communities. We think these findings are inspiring. They show us that leadership is everyone’s business.”

Share with us… Who do you admire as a leader? Someone famous or someone you’ve actually worked with?