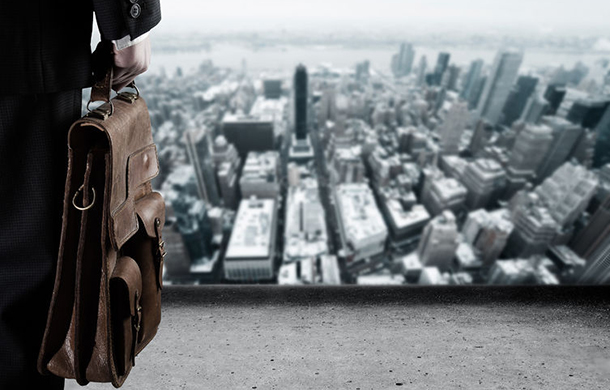 Why do some people confront their fears and others avoid them? I grappled with this question during the writing of my first book, Right Risk. Through the writing of that book, and after consulting with many leaders and experts since, I have learned that people face their fears when they are so physically and psychologically prepared that they are able to convert fear into excitement.

The goal of harnessing fear is putting fear’s energy to good use. Fear, like electricity, can be paralyzing. But properly harnessed, it can provide workers with the energy they’ll need to sustain them when facing challenging situations. Here are three things you can do to put fear to work for you:

Worse than fear is its emotional corollary, shame. Workers, particularly men, feel embarrassed about feeling fearful. When comparing themselves with more confident coworkers, fearful workers see themselves as inadequate, wondering, “What’s wrong with me that I can’t be more fearless?” When shame enters the room, confidence walks out the door.

In dealing with fearful workers, it is tempting to want to discount their fears by telling them, “Don’t be afraid.” But doing so is silly and ineffective. They are afraid. So why not acknowledge that instead? Acknowledging fear makes it more ordinary, lessening workers’ feelings of shame. “Of course you’re afraid,” you might say, “why wouldn’t you be?”

During Giant Leap’s courage-building workshops, we often include a segment where each participant shares a fear that he or she is facing at work. The ensuing conversations are rich and profound, and for me the most important and gratifying aspects of our work. Fear, when exposed to the light of day, loses its potency. When workers voice their fears, the fears become more normal and mundane. These conversations, which often last a few hours, help mitigate workers’ feelings of shame because they begin to realize that at any moment nearly all people are dealing with some type of work-related fear. By far the most common thing participants tell me after these conversations is that by hearing the fears of their coworkers, they feel “less screwed up” than they did before the workshop. The fact that so many people are contending with a workplace fear shows them that fear is a normal part of the work experience. Once workers start to see fear as normal, they give it less attention, which allows them to shift their focus away from it.

Many people wrongly exclude fear from the definition of courage, believing that courage is the absence of fear, or fearlessness. The reality, though, is that courage is fearful. When we are acting courageously, we are, most typically, very afraid. But we don’t allow the fear we’re carrying to stop us. Instead, we press on. This is the signature feature of courage: to carry on despite being afraid. Fear, thus, is an essential element in the definition of courage. You can’t be courageous unless you are afraid.

When fear is included in the definition of courage, fearful situations turn into opportunities to demonstrate courage. The best evidence that a worker is being courageous is that she shows all the signs of being afraid but is taking action anyway. People who press on despite being full of fear epitomize what it means to be courageous. This is exactly the type of behavior that you as a manager want to acknowledge and reinforce. Few things stiffen the spine with pride as much as hearing your boss say things like “I’m impressed with how courageous you’re being” or “Thanks for being so courageous.”

Former mayor of New York City, Rudy Giuliani underscored how closely courage and fear are tied together in a talk I attended. He was reflecting on the lessons that his father had given him about courage, and how he drew on those lessons during the days immediately after 9/11. He said, “If you don’t have a fear, you’d better go get one. Dealing with fear is how you find your courage.”

The best way to deal with fear is to use it against itself. Fear is not inert. It has energy. When properly harnessed, fear’s energy can provide momentum for facing challenging situations.

Much of my company’s work involves designing and developing comprehensive leadership programs for emerging and experienced leaders. As part of the design process, we gather input from many sources, including the organization’s most senior executives. While designing of one of our programs, I asked the CEO what he considered to be the single the most important leadership message he wanted to reinforce among the leadership ranks. He said, “The most important thing people need to know is that leadership depends on having sweaty palms.”

He explained, “For our leaders to grow, and for our company to be most successful, our leaders need to regularly be doing things that are so scary for them that it causes their palms to sweat. Challenge provokes fear, and having sweaty palms shows you, physiologically, that fear is energizing the body. You get sweaty palms by moving outside of your comfort zone and into your courage zone. It’s inside your courage zone where the learning and growing happens.”

For workers, having sweaty palms means learning to carry fear with them when facing challenges. Again, courage is not about being fearless. It’s about taking your fear with you. Part of your job as a leader is to help people to stop fearing fear. Fear is a business reality. Fear is. Harnessing fear helps workers to capitalize on fear’s energy so that they can do challenging and courageous things.