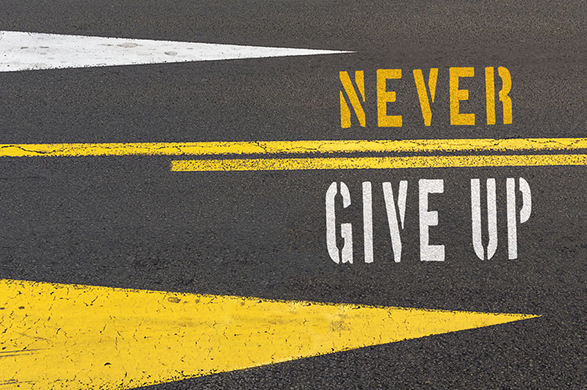 Throughout SEAL training, there are several time tested catch phrases that SEAL trainees hear and carry with them from the moment they walk through the doors of the schoolhouse in Coronado to formally start BUD/S (Basic Underwater Demolition/SEAL) training, to hopefully the day they graduate some 6 months later. A few of these witty (but effective) phrases include: “The Only Easy Day Was Yesterday” (the BUD/S motto), “Pain is a great motivator”, “Take Hell Week one meal at a time”, “It pays to be a winner”, and a few other keepers. However, there is one ominous phrase that ultimately drives everything that a trainee does in BUD/S training and that is “Don’t Ring The Bell!” See, if a trainee voluntarily rings the bell three times at anytime during BUD/S, they have decided to quit for whatever reason(s), and will immediately be removed from the class and made available for further assignment to another job in the Navy.

Now, that damn bell is always visible during a trainee’s day, just innocently hanging there on the pole outside the instructor’s office, waiting for the next victim to ring it three times and say “Adios” to BUD/S. What makes the bell even more ominous, is that during Hell Week, the bell is transported to every training event, no matter the time or the day, tempting the trainees to come on over and ring it if training gets to be a bit too much for them to continue.

I came close to ringing that damn bell on Tuesday night of my Hell Week. I’ll save the full story for a future posting, but the gist was that at the time, I was really tired having been up for approximately 48 hours, extremely cold (my Hell Week was held during February), and soaking wet and sandy from being in/out of the water for most of those 48 hours. After one specific training “evolution”, I mentioned to a couple of my fellow trainees in my boat crew that I was thinking of quitting. As we were preparing for our first “scheduled” 15 minute sleep break, I was called over by my proctor (a SEAL instructor who oversees a class through that specific phase of training, and acts as a liaison between the class and the instructor staff), who asked,”WTF sir! I heard you wanted to quit! Why?” Immediately I felt embarrassed and ashamed that I was standing there in front of my proctor, shivering, cold, and tired, and having to explain to him why I wanted to quit. I believe I mumbled something profound like, “I’m not sure I’m cut out for this SEAL thing.” Before I knew it, my proctor was in my face and with eyes glaring down into my soul, and said, “You’re an officer! Stop thinking about yourself and start thinking about your men!”

With that statement, my proctor gave me the requisite rudder adjustment I needed to stop feeling sorry for myself, and I started being the type of officer that the SEAL Teams needed and DEMANDED! I ultimately returned to my boat crew, never thought of quitting again, and never rang the bell, until 6 months later when I graduated! When I finally did ring that damn bell, I tried to rip it off the pole, as did the other 21 guys that graduated with me! IT FELT AWESOME!!

Coach’s tip for the month: when life/work gets tough, don’t quit! Reevaluate and/or readjust as required. Don’t ring the bell!

CAPT John “Coach” Havlik, USN (Ret), retired from the Navy in 2014 after 31 years of distinguished service in the Naval Special Warfare (SEAL) community. He has served on all SEAL teams on both coasts, including the famed SEAL Team SIX. Coach completed graduate studies at the Naval War College in Newport, RI, receiving an M.A. in National Security and Strategic Studies and also completed a course of instruction in Spanish at the Defense Language Institute in Monterey, CA. Coach graduated from West Virginia University with a B.S. in Business Administration and was a member of the Men’s Swim Team for 4 years.  Coach Havlik is a Special Advisor to Giant Leap Consulting and regularly speaks about leadership and working as a team under arduous and stressful conditions.