Put Yourself on the Line: Learning to Take Risks 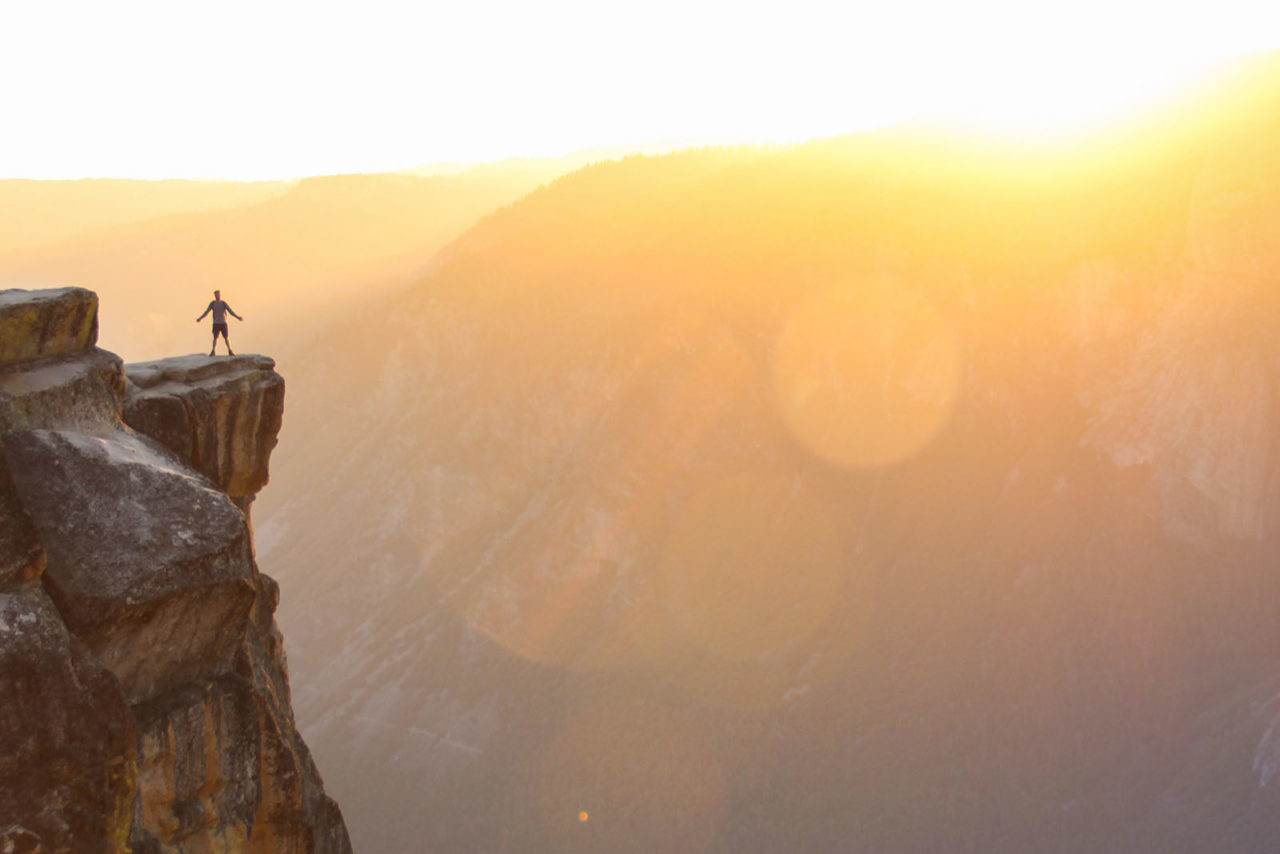 Before I became an organizational development professional, I was a professional high diver with the U.S. High Diving Team. Every day for seven years, I climbed to the top of a hundred-foot ladder, stood atop a one-foot-by-one-foot perch, and hurled myself off — plummeting 10 stories down at speeds of more than fifty miles per hour into a pool that was only ten feet deep.

Fifteen hundred high dives, all completed with no parachute, no bungee, and no safety gear. Keep in mind, I’m a high diver who remains terrified of heights.

What would possess a guy so petrified of heights to become a high diver? I wrote my book, Right Risk: 10 Powerful Principles for Taking Giant Leaps with Your Life, to figure out the answer to that question. The front cover has a picture of me diving while on fire. No kidding.

Life is one long procession of risks. But during our lives, only a handful of risks are truly destiny-changing. These are moments that, once passed, make up life’s reminiscence. Relish these giant leap moments, as you are taking them, instead of longing for them once they’ve gone.

“Every act of creation is ﬁrst of all an act of destruction.”

Stand on the edge of a cliff and tilt forward. What happens? Thankfully, the invisible hand of self-preservation rocks you back in place. Without this unseen protector, you would fall off the edge and die. But sometimes self-preservation holds you back, even in safe places. In these instances you are not graced by a benevolent protector, but enslaved under the strict control of a punitive headmaster. And headmaster is exactly the role that self-preservation often assumes. It can lord over your mind, directing every action toward protecting you from danger, until even the slightest risk is viewed as threatening.

In the worst cases, the desire to preserve your-self becomes a straightjacket where every move must be painstakingly planned and predicted, and where caution and carefulness hold greater importance than unfettered enjoyment. This preservationist’s fear-based approach to life underpins such things as neurosis, paranoia, hypochondria, and agoraphobia. To them, life is something to be contained, not enjoyed.

It is not that seasoned risk-takers discard self-preservation entirely. They are not suicidal. Rather, they refuse to be controlled by it. They recognize that enjoyment comes at a price, and the price is often the acknowledgment and acceptance of your own mortality.

As high divers, for example, we were all well aware that every dive carried a real, albeit remote, chance of injury or death. Except for the 30 stitches I got after falling off the stage in Texas, I never got hurt. But many of my buddies did. I recall, for example, joining our troupe at Six Flags Over Georgia the day after one of our divers broke both of his ankles after performing a 60-foot high dive into an 8-foot pool. Everyone knew that taking these unusual risks was an unnatural act and that injury (or worse) came with the territory. The price of admission to all that temporary excitement was the miniscule chance of certain death. It is not that high divers are not afraid to die, it’s just that they are not afraid to live. They would rather risk the possibility of death while embracing life’s fullness of spirit than live a dispirited death-avoiding life.

Let’s face it, sometimes the only reason that you put your-self on the line is because someone shoved you over the line. Not all risks can be planned and well thought out. Not all risks are afforded the luxury of time. Sometimes we are forced to react quickly, relying on our instincts to see us through. For this reason, maintaining a regular risk regimen will increase your risk ﬁtness so that when risks are thrust upon you, you will be better prepared to handle them intuitively. At the same time, just the act of taking risks prepares you for more risk. In going through an intense risk experience, you stretch your capability—and perhaps even your need—for more risk.

What about your identity or career could change as a result of taking your big risk?

Photo by Nicholas Sampson on Unsplash