The Essential Humbling of Cam Newton 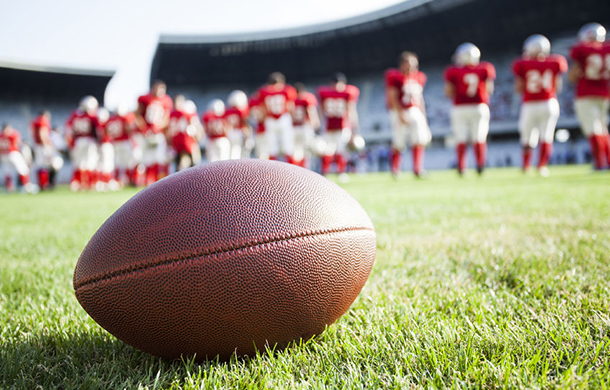 Cam Newton is one cocky quarterback. Like few athletes, Newton is one who can back up his mouthy bluster with godlike talent. He swaggers and dabs with the confidence and attitude befitting of a 28-year-old dude who, at 6 ft. 5 inches, literally looks down on nearly everyone. The NFL superstar of the Carolina Panthers was once quoted as saying, “I see myself not only as a football player, but as an entertainer and icon.”

Oh, how the mighty fall. Cam’s plummet started at a standard NFL news conference, when a reporter from the Charlotte Observer, the Panthers’ hometown newspaper, asked about the routes that Cam was making on his wide receiver run, and whether they were physical enough. Cam, with a boyish smirk, replied, “It’s funny to hear a female talk about routes like . . . it’s funny.”

Keep in mind that Newton has had plenty of other controversial moments in his meteoric career. In 2008, while redshirting at the University of Florida, he was arrested on felony burglary and larceny charges (and obstruction of justice) after stealing a laptop from another student. As the cops closed in on him, he tossed the computer out his dorm window. He announced his decision to transfer to Blinn College in Brenham, Texas, three days before the Gators won the national championship by beating Oklahoma. It was widely reported that the University of Florida had planned on expelling Newton both for his felony arrest, and for three instances of “academic dishonesty.”

Later, Newton would transfer again, this time to Auburn University, where he would have a stellar career that included being the first SEC player ever to throw for 2000 yards and rush for 1000 yards in a single season. Newton led the team to the national championship and, deservedly, won the Heisman Trophy.

Newton has also stirred up controversy as an NFL quarterback. He instantly became one of the NFL’s biggest sensations, throwing for 400 yards in his first NFL game. In 2015, Newton led the Panthers to the Super Bowl against the Denver Broncos. But after the game, which the Panthers lost 24 to 10, he was viewed as being a sore loser. He sulked during the postgame news conference, eventually becoming so frustrated that he got up and walked out. A few days later he said, “Who likes to lose? You show me a good loser and I’ll show you a loser.”

Legendary sportswriter and commentator Heywood Hale Broun once said, “Sports do not build character, they reveal it.” That may be true. But what does build character are humiliating events, particularly those that are self-inflicted. Confidence, for uber-talented people of all sorts, can quickly turn to cockiness and conceit; and when that happens, life has a way of providing a cosmic boomerang that levels the ego into a more manageable size. Within two days of his “funny” remark to Jourdan Rodrigue, the female reporter from the Charlotte Observer, Newton issued a video apology.

Cynics were quick to point out that Newton had already lost an endorsement with Dannon Yogurt, and likely issued the apology out of convenience. But Cam faced bigger endorsement losses after his Super Bowl sore-loser moment, and never fully apologized. There’s likely something more important going on here that the cynics are missing; the acquisition of genuine humility.

In my book A Leadership Kick in the Ass, I talk about the importance of transformational humiliating events as life’s important correction mechanism for right-sizing big egos. Sometimes the best thing that can happen to a talented but overconfident person, is to get a psychological ass-kicking. For example, Steve Jobs, after getting fired from Apple, the company he founded, called the embarrassing event “the best thing that ever happened to me.” Why? According to his longtime collaborator, Ed Catmull, founder and president of Pixar, by suffering through the experience, along with other failures at that time, Jobs became a more empathetic human being who took a greater interest in others.

Watching Newton’s apology video, you don’t get the sense that this is a guy who’s apologizing because he feels forced to. He gets to a touchtone level of honesty that is at once raw and beautiful. He owns it with full contrition, acknowledging that what he said was “extremely degrading and disrespectful to women.” Then, revealing the full measure of his remorse, he connects the inappropriateness of his comments to being a father of two girls, saying: “I am the father of two beautiful daughters, and at their age I try to instill in them that they can do and be anything that they want to be . . . I’ve learned a valuable lesson from this. To all the young people who see this . . . don’t be like me. Be better than me.”

In the foreword to my book, Clint Hurdle, the coach of the Pittsburgh Pirates, says that there are two kinds of leaders: those who have been humbled, and those who are about to be. Cam Newton’s character is being built and revealed at the same time, not through athletic triumph, but through self-induced humiliation. It’s very likely that someday in the future, Cam Newton will look back on this humbling event with gratitude, thankful that it helped him become a better and more respectful man. This is the stuff that true greatness is made of.