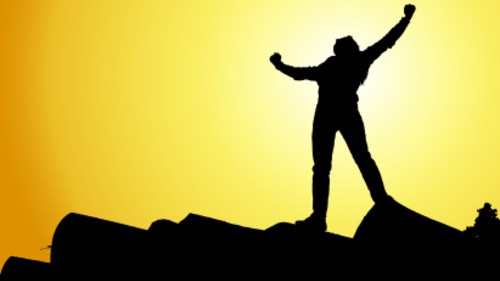 Inside and outside of work, these are fearful times. Over the last few years, the world has suffered through an unusual amount of anxiety-provoking situations, including the economic meltdown, numerous wars, the toppling of governments, and multiple natural disasters. Oh yeah, and don’t forget to through in a radioactive nuclear disaster.

From a business perspective, leaders need to guard against fear-saturation among the workforce. Research shows that workers who are full of fear have higher instances of depression and sleep deprivation, both of which significantly hinder performance.

Simply put, fear is bad for business. Fear makes workers clam up, restricting the flow of feedback that is so necessary for keeping leaders from making bonehead decisions. Fear heightens workers suspicions of one another, undermining the trust that interpersonal relationships need to flourish. Fear causes workers to be unduly preoccupied with safety, strangling their willingness to take risks and extend their skills. Fear lowers morale, damages relationships, erodes trust, and builds resentment. Ultimately, fear lowers confidence, standards, and profits.

Given the debilitating impacts that fear has on productivity, performance, and morale, it is striking that so many leaders still resort to stoking people’s fears to get things done. Perhaps all this fear mongering explains why Human Resource Executive Magazine estimated that, on average, workers spend 20 hours a month complaining about their bosses. The cumulative impact of all that wasted time is estimated to be over $350 billion dollars a year.

One way to get some of that $350 billion back would be for leaders to focus on building confidence and courage among the rank and file.

What follows are four steps a leader can take to build workplace courage.

Jump First: If you want workers to have more initiative, take on greater responsibility, embrace change, and assert ideas, you have to do so first. As a leader, you have to be the first one to climb up and off the high dive ladders that you are asking workers to climb. You must be the one to set the behavioral example that you want others to emulate. Ask yourself, “Where am I playing it too safe at work?”

Show the Sunrise: As a leader, during fearful times especially, you need to provide hope and optimism. Here’s an overused phrase to stop using today: “What keeps me awake at night is…” Showcasing how worried you are bout the company only serves to heighten people’s anxiety. There are more effective ways of engaging and motivating people, such as inspiring them with a clear and hopeful vision for a better future. So instead of bragging about what keeps you awake at night, how about focusing on what gets you up in the morning?

Create Safety: Workers will extend themselves beyond their comfort zones to the extent that you make it safe to do so. This works in reverse too. If workers think that you will bite their head off if they disagree with you, they’ll keep their mouth shut instead of providing you with close-to-the-action insights that could inform your decision-making. Make it safe for people to disagree with you. Be sure to coach them about how to disagree with you in a way that will cause you to be open to their pushback.

Modulate Comfort: One danger that can emerge when workers experience fear over protracted periods is that they start to become comfortable with being afraid. They become comfeartable. As a leader, your job is to activate peoples’ courage to keep them from becoming disengaged and apathetic. When people are performing in a lackluster way, provide assignments that stretch and challenge them. Once achieved, let them settle into those assignments only long enough to gain confidence. When they do, it’s time to stretch them into discomfort again.

The bottom line is this: Who would you rather work for, a leader who stokes your fear or a leader who filled you with courage?