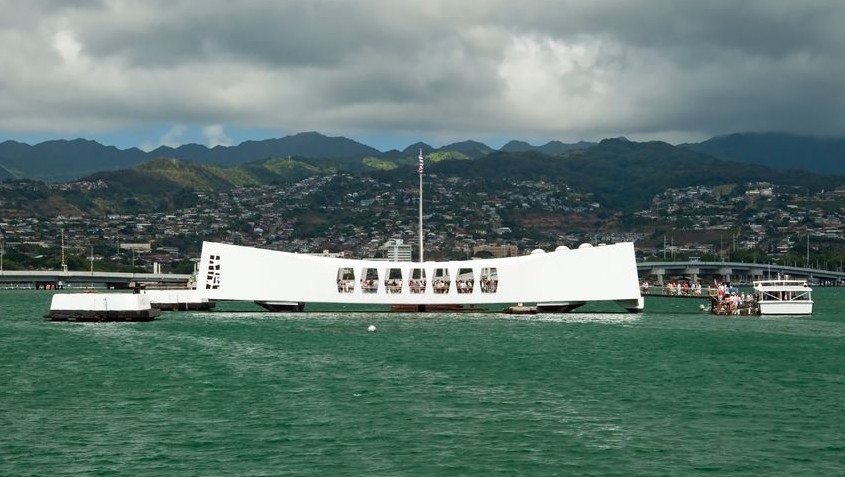 In every town in America there are mementos that connect the community to courageous heroes from the past. In one town it might be a sacred display honoring fallen veterans. In another it might be a plaque designating the spot where the local hero was born.

I’ve gotten to see a good number of these vestiges of courage while traveling on business. I’ve stood solemnly at the gravesite memorial of Martin Luther King, Jr., in Atlanta, Georgia, right next to the Ebenezer Baptist church where he did most of his preaching. Off the coast of North Carolina, at Cape Fear, I’ve read a plaque that points to the spot where a ship perished. Closer to home, in my hometown of Asheville, I’ve read the plaque that honors Kiffin Rockwell, an ace fighter pilot from World War 1.

Last week I got to do something really special, and it definitely connects to the idea of courage. I attended an event at Pearl Harbor, on the USS Missouri, the battleship where the Empire of Japan surrendered at the end of World War II. Dubbed “Mighty Mo”, the ship fought at Iwo Jima and Okinawa, suffered a direct hit to her starboard side during a Kamikaze raid, and even served during Operation Desert Storm after being reactivated in 1991. This ship is practically a floating museum of courage.

The USS Missouri is only one courage remnant that locals on the Hawaiian island of Oahu can draw inspiration from. There are plenty of others, and not just at Pearl Harbor. As with most communities, big and small, there are artifacts that honor courageous people. While in Hawaii, I also saw a statue honoring Duke Paoa Kahanamoku, a five-time Olympic swimmer and the person most credited with populating the sport of surfing, and another paying homage to King Kamehameha, who conquered and unified the Hawaiian Islands and established the Kingdom of Hawaii.

Courage is easy to find if you make finding it your goal. I promise you that you won’t have to look very far. Just look for the plaques, gravesites, dedications, walls, and monuments in your own home town. When you realize how much courage surrounds you, it becomes easier to put your own courage to work.