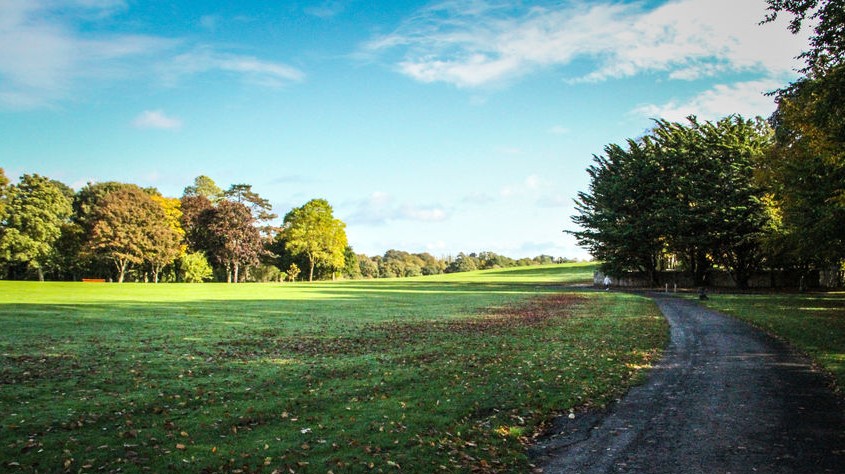 West of Kilkenny, in the hills of Ireland, sits the tiny village of Galmoy, the birthplace of my great-grandmother, whom we called Gandy. While nearly all of the houses from her generation are now gone, the home she grew up in is still there. Down a winding gravel road, past a rickety wooden fence, and halfway through an alfalfa field sits a little thatch-coved dwelling. Gandy’s home.

Gandy’s girlhood home is empty and dilapidated now, but peering inside the small windows you can almost hear the haunting voices from long ago. In 2001, a month after 9/11, I took a trip to Ireland to experience my Irish heritage, and search for grounding in a world that had suddenly become unmoored. While I loved everything about Ireland, the brief visit to the birthplace of my great-grandmother was unexpectedly the highlight of my trip.

To use a word the Irish are fond of, the timing of my trip was “dandy.” I had just started writing my first book which was focusing on personal risk-taking. Visiting Gandy’s house, for me, helped explain a lot about courage. It painted a vivid picture of why people often go to great lengths to move away from all that is known and comfortable, in exchange for something better.

Gandy left Ireland at 17-years old and never returned home. Not even for a visit. Why? Because conditions in Ireland, during the early 1900s, were horrible.  Farms were blighted. People were quite literally starving to death. Leaving her family and all that was familiar was the ransom Gandy would have to make to secure a better life, or at least the opportunity for it.

Here’s the thing, Gandy’s courageous moment not only shifted the trajectory of her life, it impacted future lives as well. Were it not for Gandy’s willingness to leave all that was known, I wouldn’t exist. Gandy met my great-grandfather Tobias, himself a Norwegian immigrant, a few years after arriving at Ellis Island. They gave birth to my grandmother, who gave birth to my mom, who gave birth to me. Leaving known paid generations of dividends.

In writing Right Risk, I learned that “leaving home” is about the most common courageous experience that humans share. The immigrant experience is part of nearly every American’s heritage, including Native Americans – who likely migrated here thousands of years ago from upper Asia. But even outside of the immigrant experience, nearly everyone, at some point, will leave the familiar comforts of home as part of the natural, but oh-so-uncomfortable, process of growth and development. Many of us go off to college, move away from the towns of our birth, and die in a place very different from the place we started.

Courage, it seems, very often means leaving one home in exchange for another.

What does it take? A willingness to leave everything that is known, comfortable, and familiar. It takes embracing discomfort and the unknown.

What comfortable places have you had to courageously leave behind? What safe shores are you standing on that might need to be left behind in exchange for something better? What will it take for you to exercise your courage and begin Leaving Known?