The Courage to Be Courageous 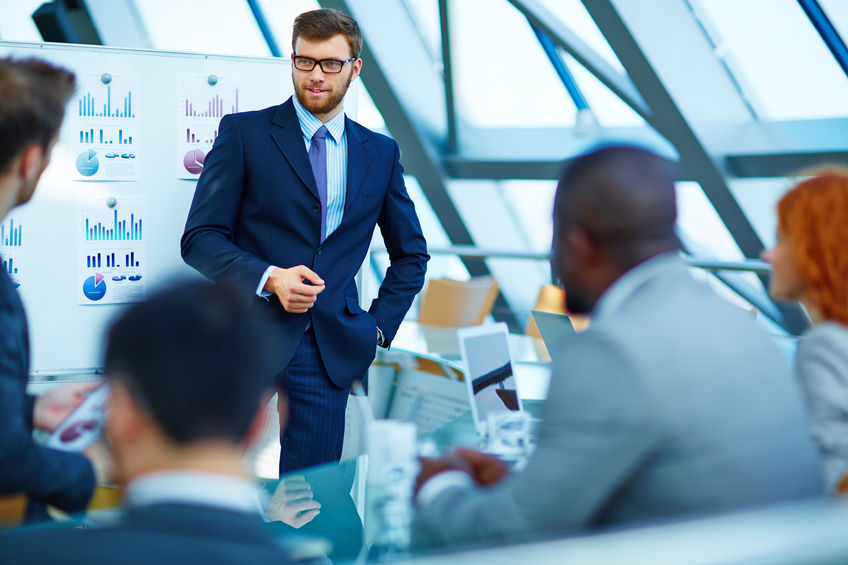 I once coached a professional named Bob who was considering three separate job offers. All were well-known companies, but one was of particular renown. Its name carried a certain pedigree that eclipsed the others. Bob had settled his mind on one of the lesser offers, rationalizing that this particular job most resembled the roles that he had had in the past—roles that no longer challenged him, as he had mentioned in the course of earlier discussions.

Sensing there was more to it, I asked him to describe his impressions about the more prominent company. He said that many of the people who worked there had Ivy League degrees (which he didn’t) and/or graduate degrees (which he had). Although they had offered him the job, he said that he was afraid he wouldn’t cut it. I now understood that the issue wasn’t about skill compatibility; it was about Bob’s personal insecurities, it was about his fear. I probed further, “Bob, what exactly are you afraid of?” He thought for a second and said, “I guess I am afraid that everyone will be smarter than me, that my ideas won’t be valued. If that happens, they’ll fire me.”

Directed by Bob’s answer, I asked him another, more courage-provoking, question: If fear weren’t an issue, which job would you choose? Without hesitation he selected the one he was most afraid of.

As Bob’s story illustrates, fear often indicates something about yourself that you are avoiding. Left unaddressed, life will bombard you with a litany of opportunities to confront these “issues” until you finally resolve them. Each time you avoid the issue, you stuff it further into your psyche. But knowing that dealing with the issue represents your growth, your psyche throws the issue back up until you finally confront it, as if to say, if you don’t learn the lesson, you have to repeat the class. Through coaching, Bob was able to see that not only did the job he was afraid of represent an opportunity to gain experience working in a world-class organization, but it also represented an ideal opportunity to explore and, more importantly, to overcome his deep-rooted feelings of low self-worth. But to benefit from both opportunities, he would have to muster up the courage to be courageous and to face his fear. Ultimately he did. He chose the opportunity he was most afraid of.

Fortified with more courage, you are then capable of facing more fearful situations.

Any risk situation has a grand continuum: You are either moving in the direction of your courage or moving in the direction of your cowardice. When you face your fears, your Courage Capability expands, enlarging your capacity for dealing with future fears. In this way, demonstrating courage is itself a form of encouragement in that it fills you with greater levels of courage. Fortified with more courage, you are then capable of facing more fearful situations. For example, as a young professional you might find it petrifying to give a presentation to ten people. However, as you progress in your career and gain more experience with public speaking, you are able to comfortably address larger and larger audiences. In this example, the number of additional audience members reflects the degree of expansion of your Courage Capability.

Of course the opposite is also true. In situations where you allow fear to prevent yourself from having something you want, you enlarge your Cowardice Capability. And the more cowardice you exhibit, the more it grows because cowardice feeds on the diminishment of courage. On a certain level, this is also quantifiable. For example, the person who is afraid to take the risk of asking for a raise can calculate his cowardice as the difference between his current salary and the adjusted salary he feels he deserves but is too afraid to ask for (assuming, of course, that he would have gotten the raise).

People don’t like using the word coward. They look for softer, less offensive terms. But just because we don’t like the word doesn’t mean cowardice isn’t real. Cowardice is as real as courage. One exists in relation to the other. Furthermore, just as there have been times in your life when you’ve been courageous, the chances are, at some point in your life you’ve been a coward as well. Most acts of cowardice, however, go unnoticed and remain concealed within the confines of your heart. Cowardice comes in compromising your principles, in allowing your boundaries to be crossed, in failing to demonstrate personal fidelity, and in not taking a stand for what you believe in. You could spend your whole life being a coward and no one would know it but you.

Having the courage to be courageous means backing up courageous actions with a courageous attitude. It means holding a clear picture of yourself being courageous and continuously asking yourself, how would the courageous person I want to become act in this fearful situation that I am faced with today? It means first believing in the virtue of courage and then acting in a courageous manner.

When it comes to courage, you have to believe it to be it.

To learn more about ways you can be courageous, contact Giant Leap Consulting. https://www.giantleapconsulting.com/services/leadership-development/