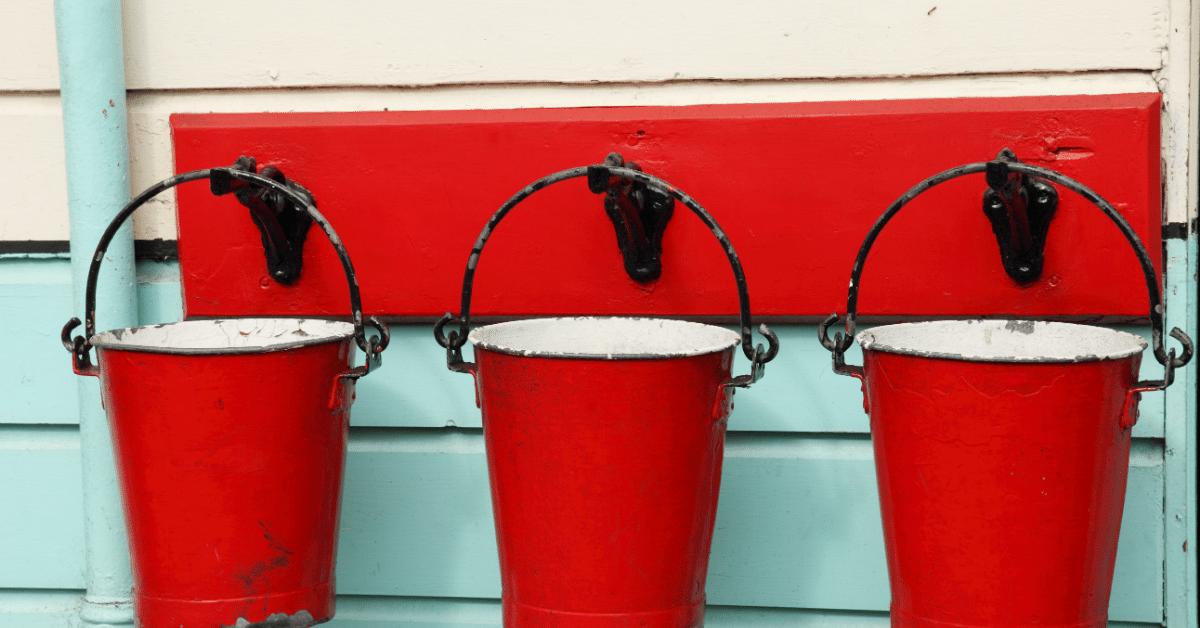 Courage involves behavior. Like all behaviors, courage can be developed, encouraged, and reinforced. While a lot of writers have focused on the realms in which courage is applied, e.g. moral courage, military courage, and political courage, I think it is more useful to understand the common ways that people behave when being courageous, regardless of which realm they’re operating in.

While the realms themselves may have sharp differences, the ways people behave when being courageous within those realms are surprisingly similar. In my work as a courage-building consultant, I have discovered that there are three ways of behaving when your courage is activated. When you become familiar with the three distinct types of courageous behavior, you gain a deeper understanding of how to tap into, and strengthen, your own courage and the courage of those around you.

I call these three different forms of courage the Three Buckets of Courage.

When managers talk about wanting workers to “step up to the plate,” it is Try Courage that they are referring to. Try Courage is the courage of initiative and action. You often see Try Courage when people make ﬁrst attempts – for example, whenever you see someone attempt new, skill-stretching, or pioneering tasks. Someone who volunteers to lead a tough or risky project is demonstrating Try Courage.

The main beneﬁt of using the Three Buckets of Courage as a framework for understanding and categorizing courageous behavior is that it helps make courage, as a concept, more graspable.

Trust Courage is the courage that it takes to relinquish control and rely on others. When managers talk of wanting employees to embrace company changes more willingly or to follow directives more enthusiastically, it is more TRUST Courage that they want employees to have. When Trust Courage is present, people give each other the beneﬁt of the doubt, instead of questioning the motives and intentions of those around them. TRUST Courage isn’t about taking charge (as with Try Courage), but about following the charge of others.

Tell Courage is the courage of voice and involves speaking with candor and conviction, especially when the opinions expressed run counter to the group’s. To preserve their safety, workers often agree too much and speak out too little. When Tell Courage is activated, it causes workers to assert themselves more willingly and conﬁdently. You see Tell Courage at work when employees tactfully but truthfully provide tough feedback, even to you, their manager. You also see it when workers raise their hands and ask for help, or when they tell you about mistakes they’ve made before you ask.

The main beneﬁt of using the Three Buckets of Courage as a framework for understanding and categorizing courageous behavior is that it helps make courage, as a concept, more graspable.

Parsing courage into three behavioral buckets allows us to discriminate the different ways we have been courageous in the past and are capable of being in the future.

Courage is a large and vague concept. Using the Try, Trust, Tell framework helps bring it down to size.